Mandø is one of the best places for out-of-place passerines in Denmark. In spite of only being sporadically birded most of the year the list of this Wadden Sea island e.g. includes Western Bonellis Warbler, Black-headed Bunting, Pacific Golden Plover, Night Heron, two Humes Leaf Warbler and Denmarks only Blackpoll Warbler.
On October the 19th the first Red-eyed Vireo of Denmark was found on Mandø by Eva Foss Henriksen. It has been massively twitched and on Sunday the 23rd my father and I went to see this bird. As seen on the picture below we succeeded. 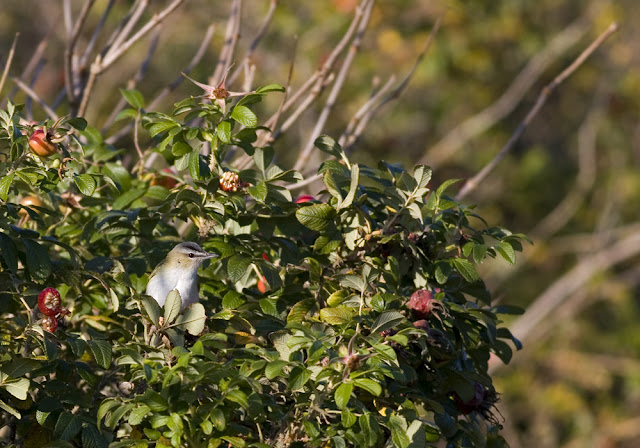 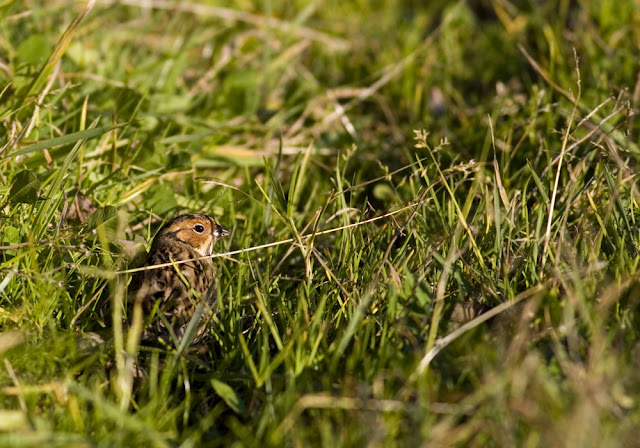 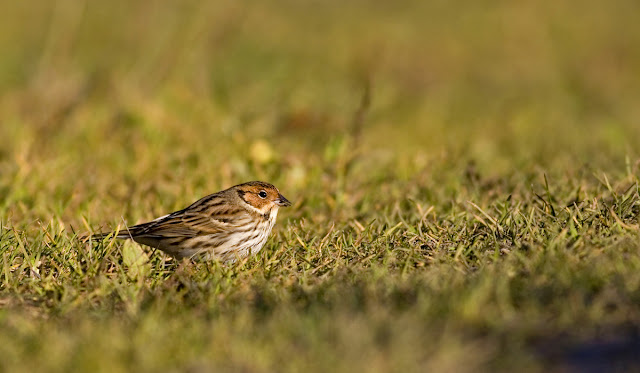 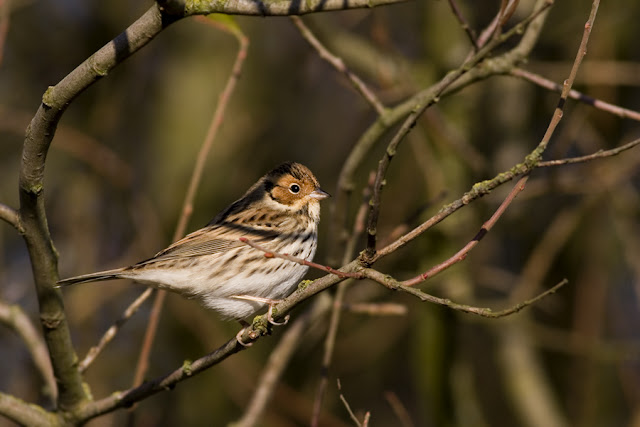 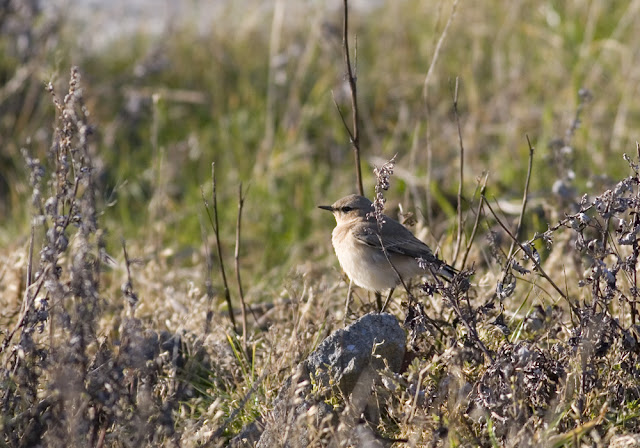 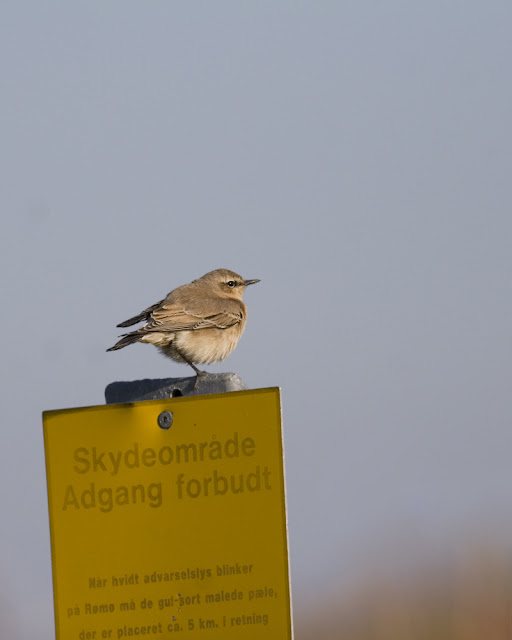 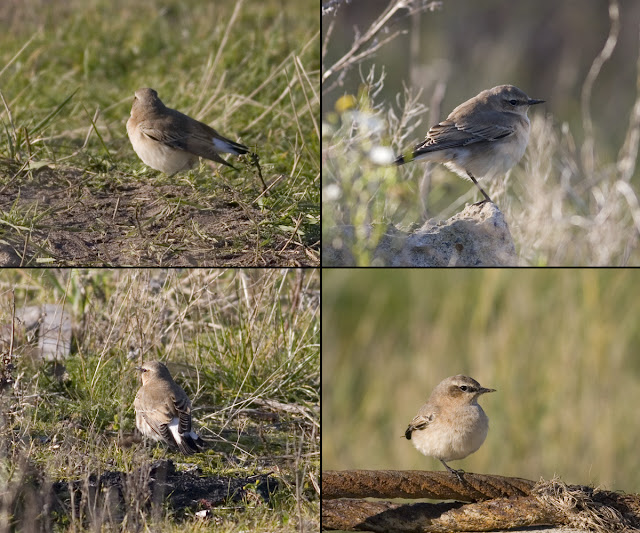 This somewhat late wheatear had my hart pumping briefly but turned out just be a rather pale Common Wheatear, Mandø, 23/10-2011. Its left leg was injured and it will probably not survive for long.