Found by local resident Chris Stilling who pondered over what bird might be singing all day in his garden. After several days he took a picture and identified the bird as a White-throated Sparrow and asked for it on the forum www.fugleognatur.dk on the 5. of July. It supposedly took less than a minute from he posted it here until the first birders gave him a ring! I myself was driving home from work from Aalborg to Århus and swung past and arrived as the second twitcher on the scene of the crime. I had time for a brief  view since I had to hurry back and catch a plane for Spain with my girlfriend..... But nice it was :-)
This record constitutes the second danish record following a bird 23/5-1976 in Kongelunden, Amager, Copenhagen. 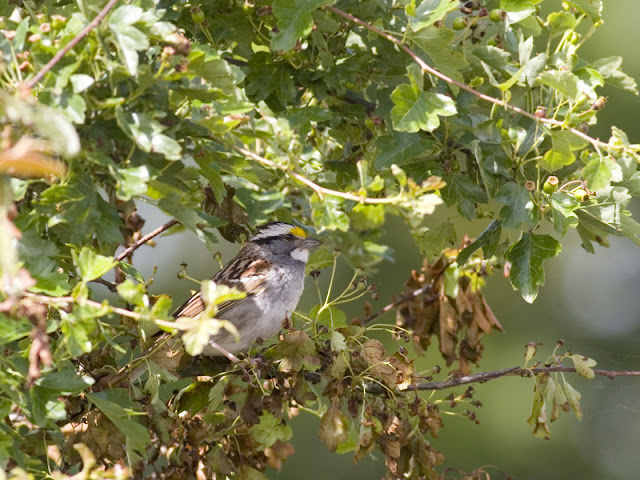 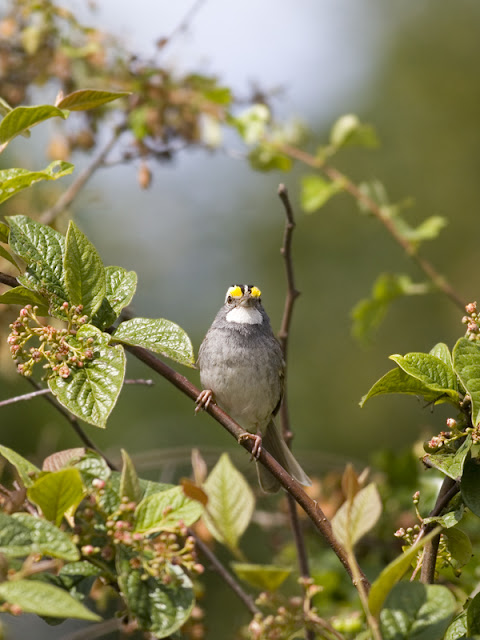