Due to the recent finding of what looks like a very good candidate for the first british Slaty-backed Gull, I once again came to think of an aberrant gull I saw 13/12-2006 at Aså.  It was obviously a lot darker than the surrounding argentatus-Herring Gulls though not near as dark as Great Black-backed Gulls. I only saw the bird for about five to ten minutes and did not get any flight shots since I only did digiscoping back then. At the time of the observation I wondered if the bird could might possibly be a hybrid between Great Black-backed and Herring Gull. Especially on the first of the six depicted pictures below the bird in my opinion bears some resemblance to a (light-mantled) Slaty-backed Gull due to the colours of the above, rather "bubble-gum pinkish" legs (compared to the Herring Gulls), large size and very broad white edges to the large fluffy tertials. Compare e.g. to this picture. Furthermore some white/whitish can be seen on the inner web of p7 on some of the other pictures although this is also shown by many or most Herring Gulls. 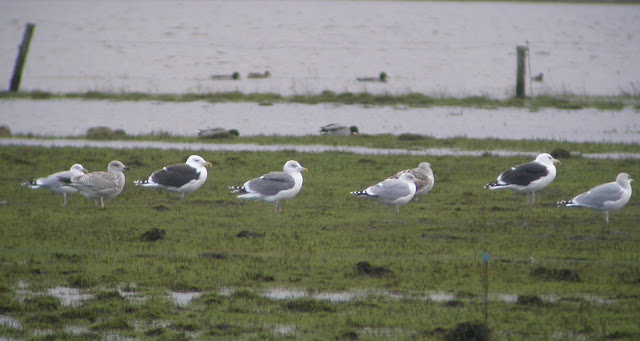 Presumed dark Herring Gull (Larus argentatus argentatus), adult, 13/12-2006, Aså, Northern Jutland, Denmark.
But on the five pictures below, the mantle colour seems to light for Slaty-backed and the bird does not seem noticeably larger than the surrounding Herring Gulls. Argentatus-Herring Gulls from northeastern populations often show darker upperparts than typically birds breeding in e.g. Denmark. Anyhow it would have been nice to have obtained better photos of this bird (in particular of the spread wing) since it remains the darkest Herring Gull that I myself ever have seen. Pictures of Slaty-backed Gulls can be seen on Netfugl and Tarsiger whilst examples of very dark Herring Gulls can be seen on GullDK here, here and here and togehter with a graellsii-Lesser Black-backed Gull on Århusbirder. 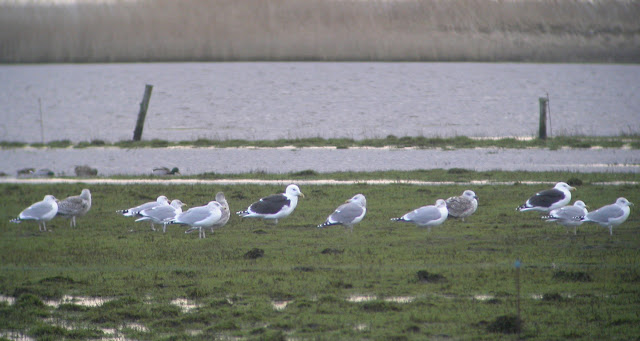 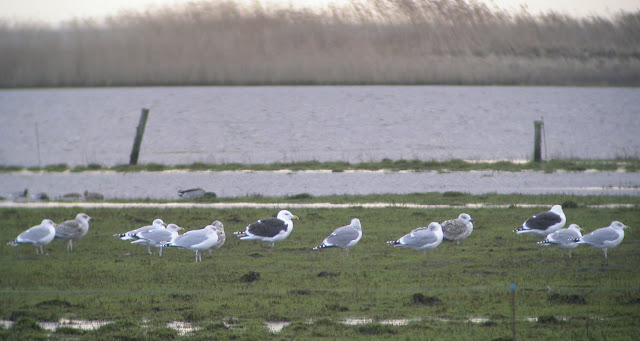 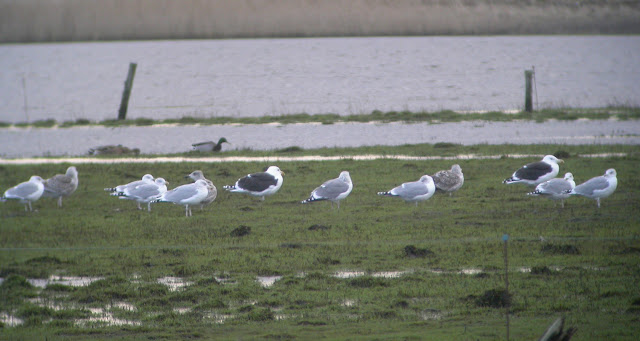 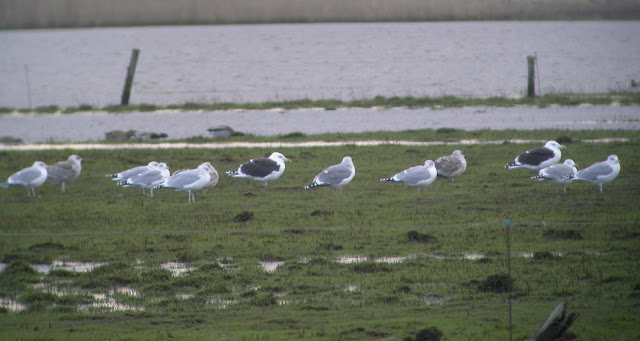 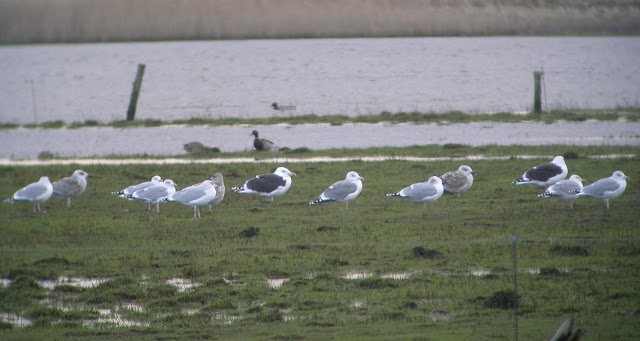