Initially I identified this second-winter plumaged gull as a Lesser Black-backed Gull but doubts abouts this idenfication have since been raised by Kent Olsen who is the author of GullDK. His impression of the bird is a second-winter Herring Gull with sooty-brown plumage like this one.

My reasons for identifying the bird as a LBB Gull was that it seemed a bit smaller than surrounding Herring Gulls and also a bit shorter legged. Furthermore it only shows a very faint pale window to the inner primaries. Can second-winter Herring Gulls show such a pattern? If so it will be information to me. On the pics and video it can be seen many of the feathers to the mantle have already are adult grey feathers. The colour of these seems to rule out other races of LBB Gull than graellsii.

I have made a thread on the forum of gull-research.org for the ID of this bird. 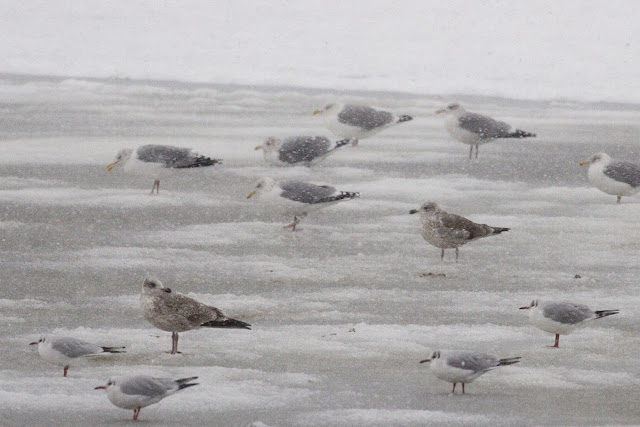 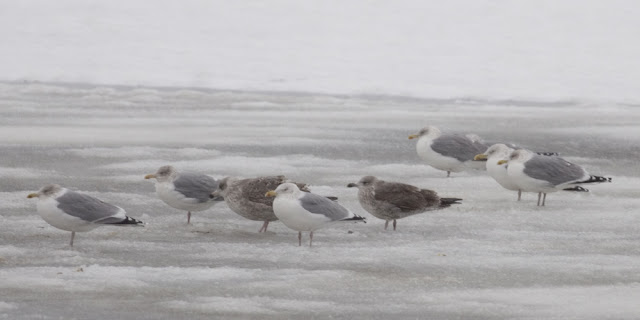 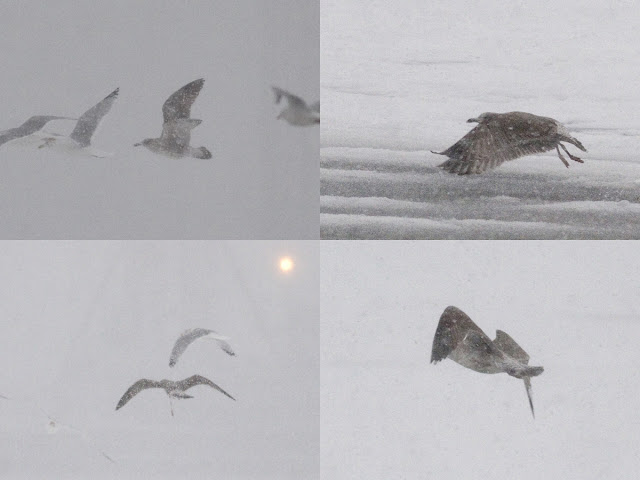 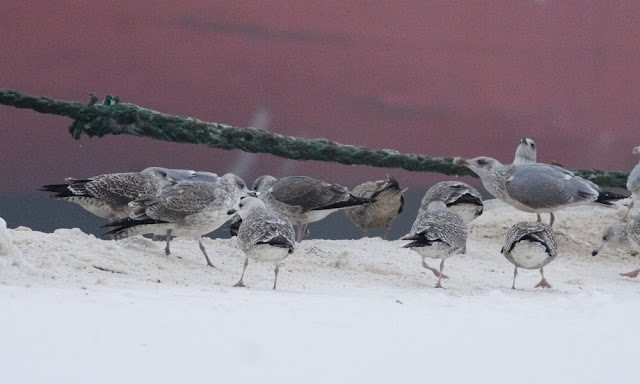 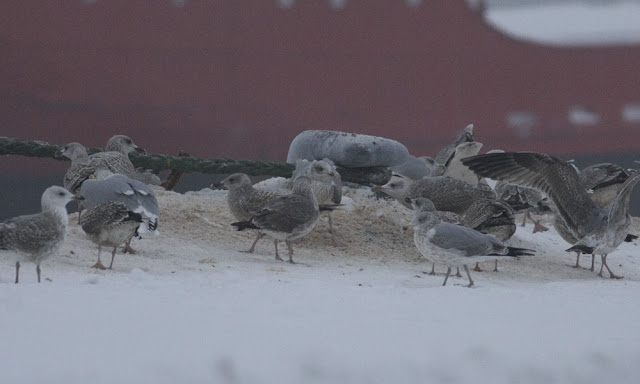 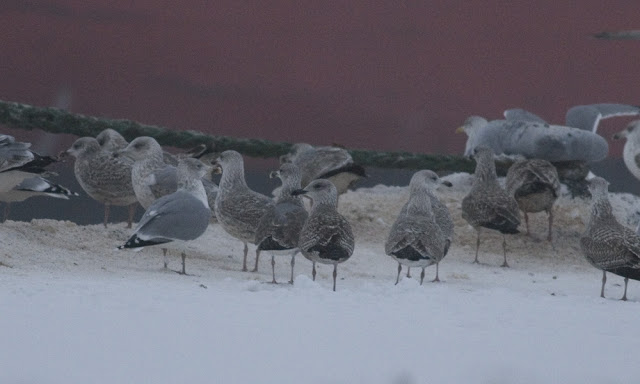 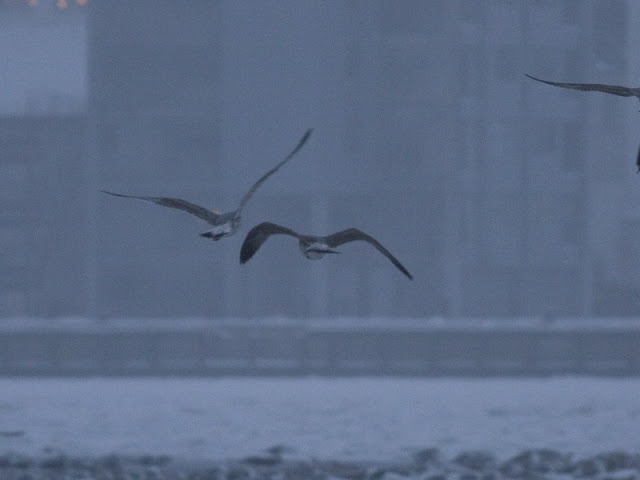 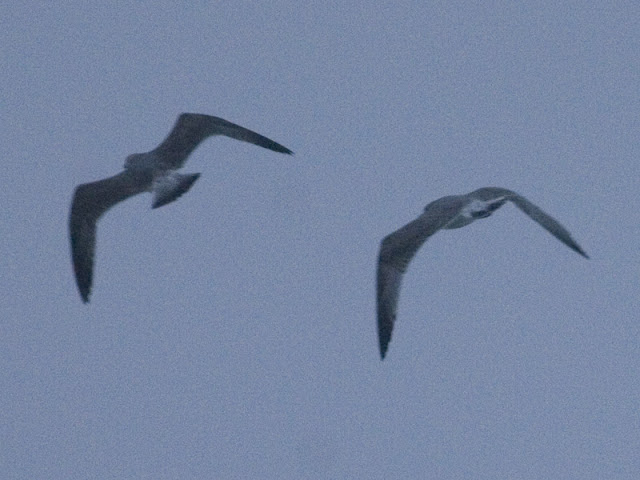