On the 5th day I had a relaxing morning with breakfast and just a small walk with my girlfriend, Johanne, down to Kotu Bridge to make an appointment with our guide Alieu. Here we bumped into my brother-in-law, Mads, who had just returned from his morning run.


After having releaxed in the morning all of us walked northwards along the beach and had a nice lunch in a hotel run by a danish couple. 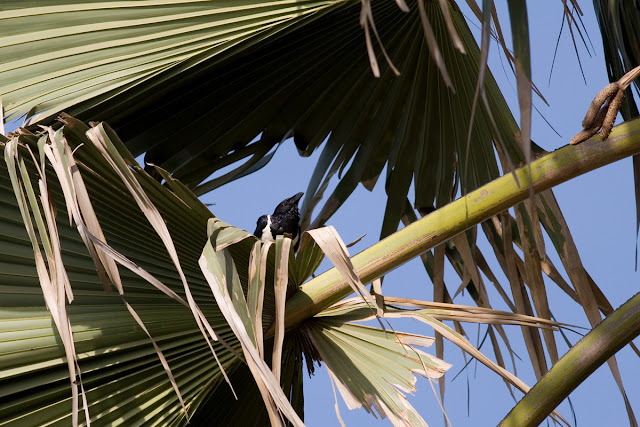 In the afternoon my father and I went for some birding in the Kotu area with Alieu. At first we went to the Sewage Ponds where we saw two nice Black Crakes. After that we went to a place to look for Painted Snipes but failed to see any but instead had another Black Crake and an obliging African Pygmy Kingfisher in the fading light.

In the evening we had dinner on the beach where the fishermen/beach bums had prepared the fish that Mads had caugth the day before.