The fourth day my father and I went a bit inland with our guide Alieu Cesay. We started from the hotel at 07.15 in the morning and drove towards Brikama.


First stop of the morning was the ricefields at Mandina Ba east of Brikama where we without luck looked for Hadada Ibis. But we had nice views of e.g. African Pygmy Kingfishers and Beaudoiun's Snake Eagles.

When we had finished birding at we went to the Pirang Marshes - a big area of saltmarsh and shrimp-farms. Loads of birds were here and we had nice views of several species of swallows.


After Pirang we went to Faraba Banta Bushtrack to look for raptors, Greyish Eagle Owl and other good stuff. Alieu had engaged a local guide called "Owlman" that knows all there is to know about the whereabouts of the local pair of Greyish Eagle Owl. After half an hour drive on small dirt-tracks we were at the rigth place and quickly saw an owl. 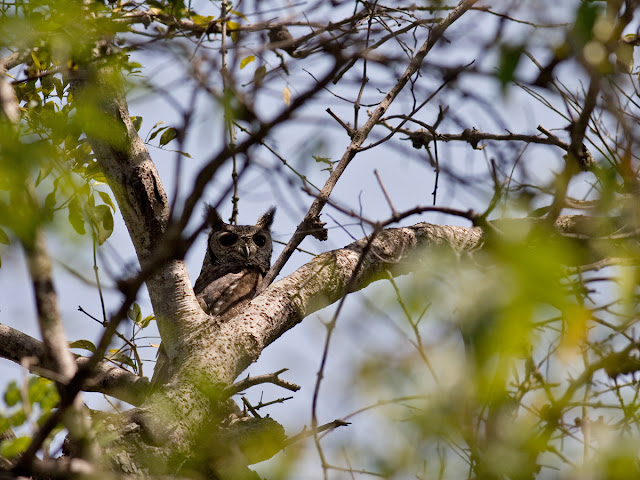 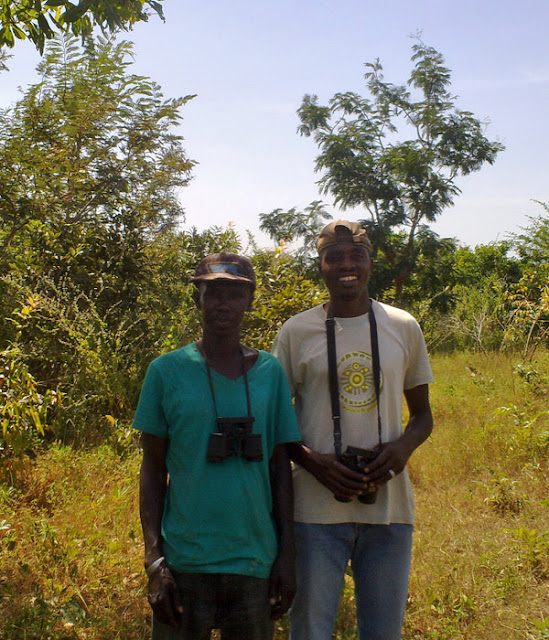 "Owlman" (have forgot his real name) and Alieu at the bushtrack just after we have seen the owl.

After having seen the owl we found a shaded shelter where we sat, drinked some cola and waited for raptors to appear. After some time a Bateleur flew across the sky at some distance - an amazing moment that really smelled of safari on the savanna - something both my father and I yet have to experience.
We also walked around the The first of this species we have seen after having heard several. In the same tree a Senegal Batis, a male Violet-backed Sunbird and a Red-winged Warbler suddenly showed in our scope. So four new species in the same tree within a few minutes was definitely on the higlights of the day. 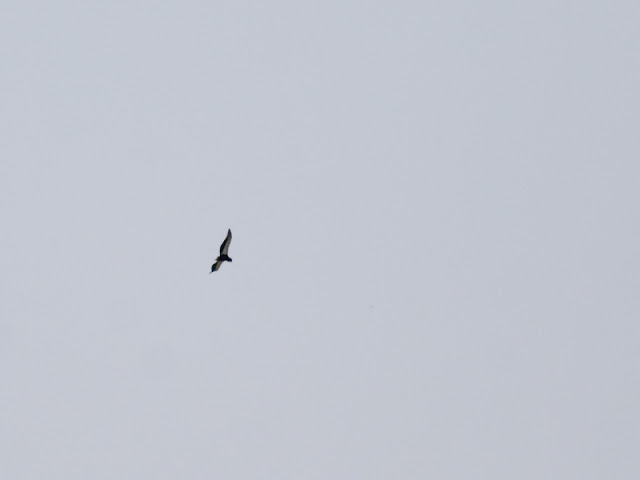 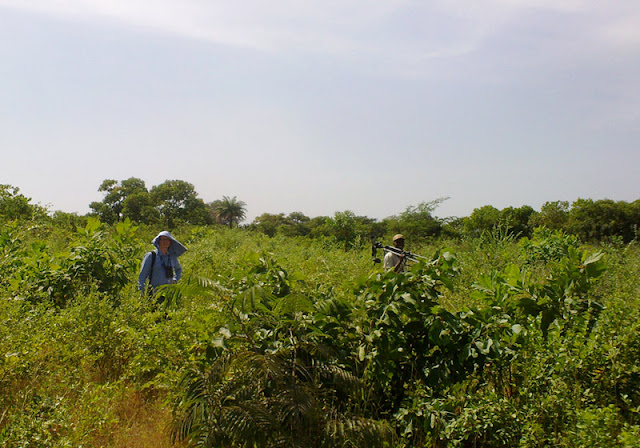 Yours truly and Alieu at the bushtrack. It was very hot and I had forgot my hat and sunscreen... 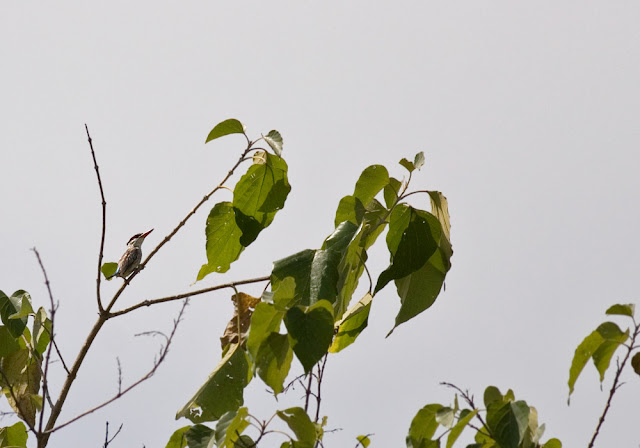 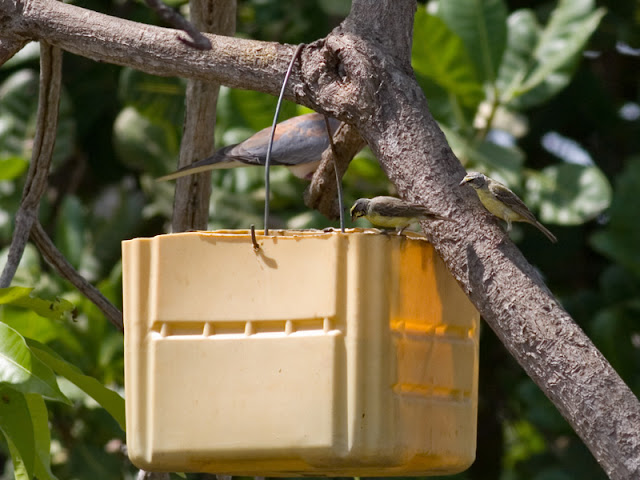 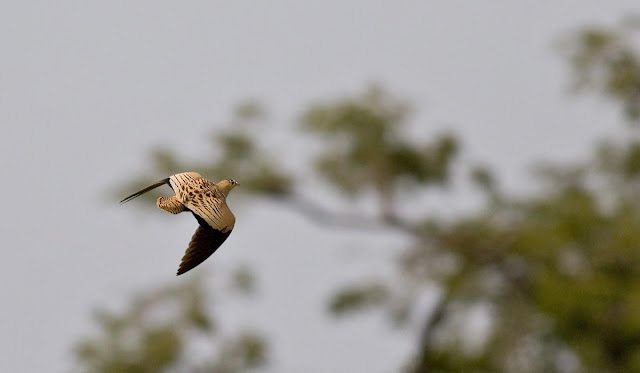 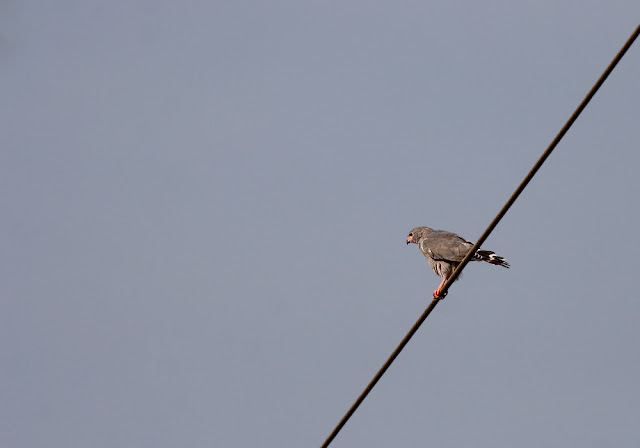